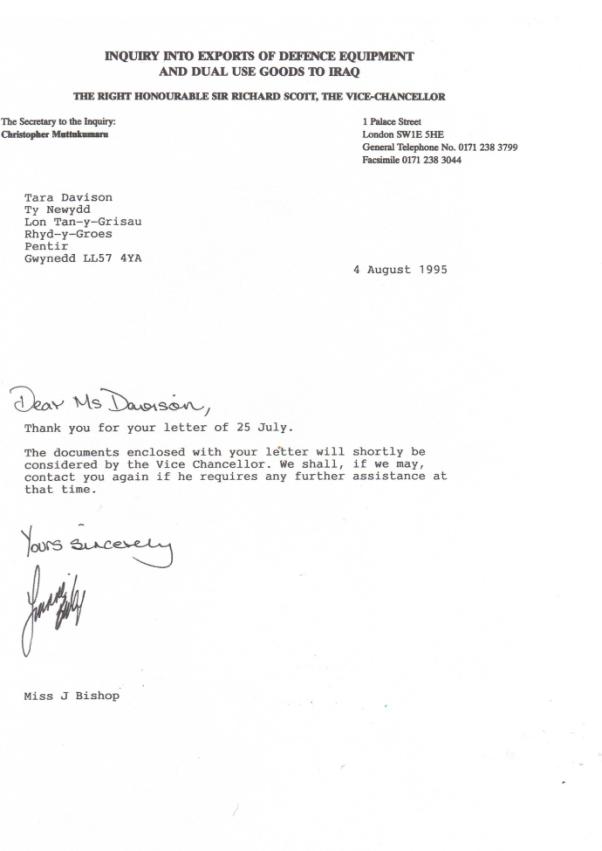 Inquiry into Exports of Defence Equipment 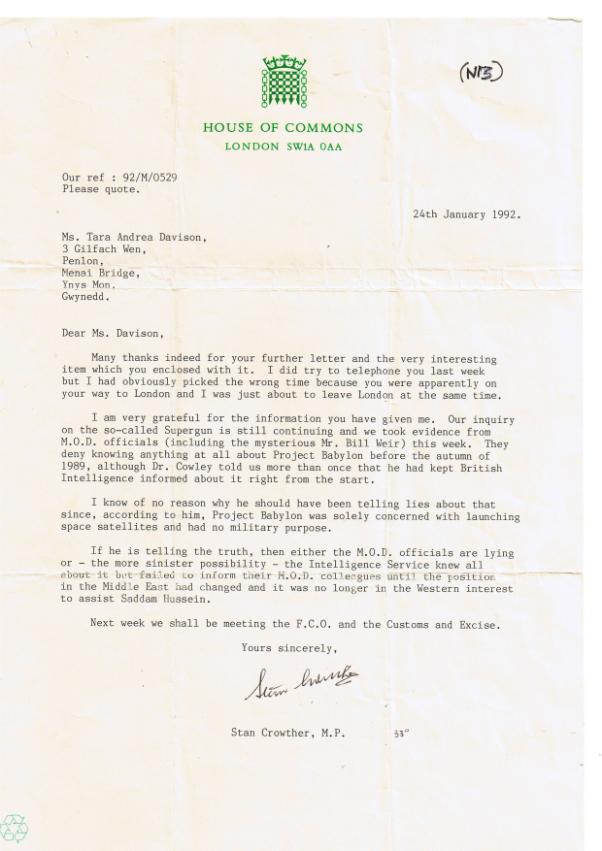 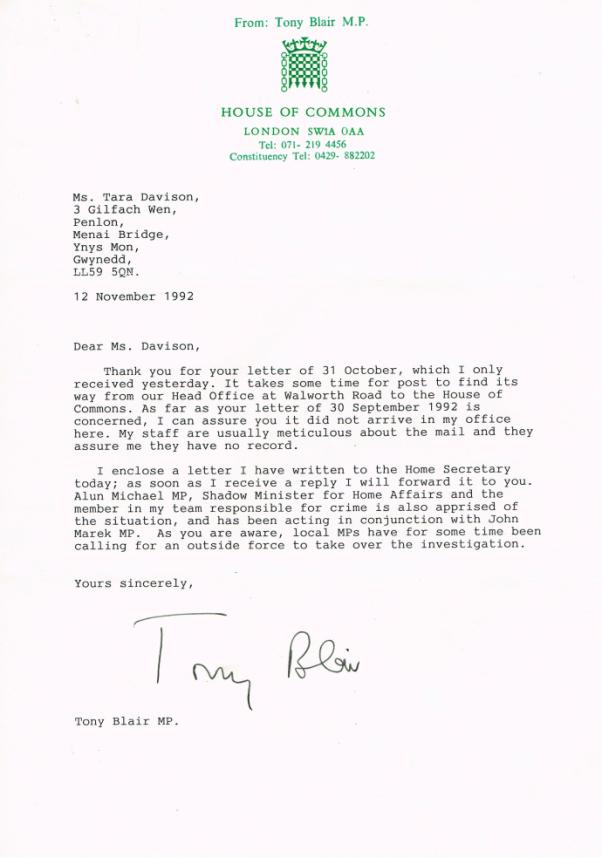 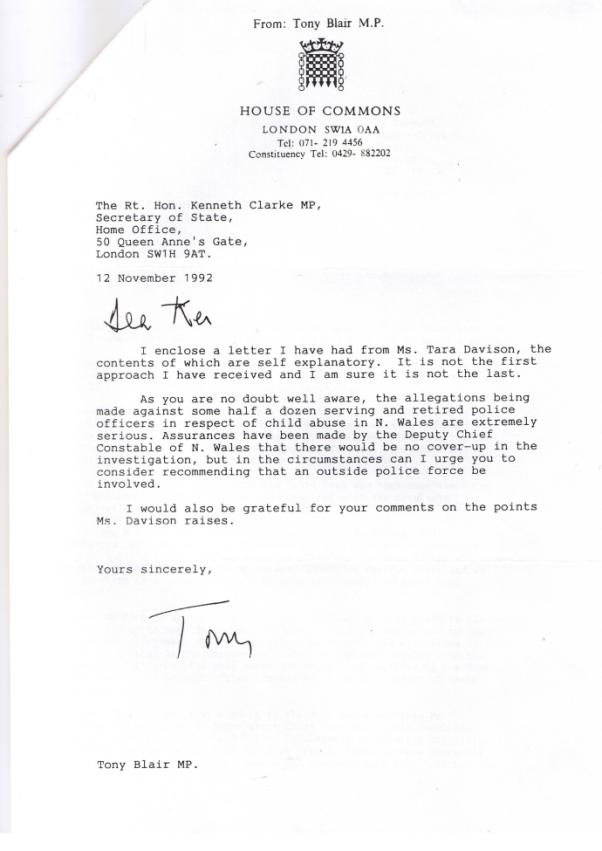 Letter to Chief Constable of Derby 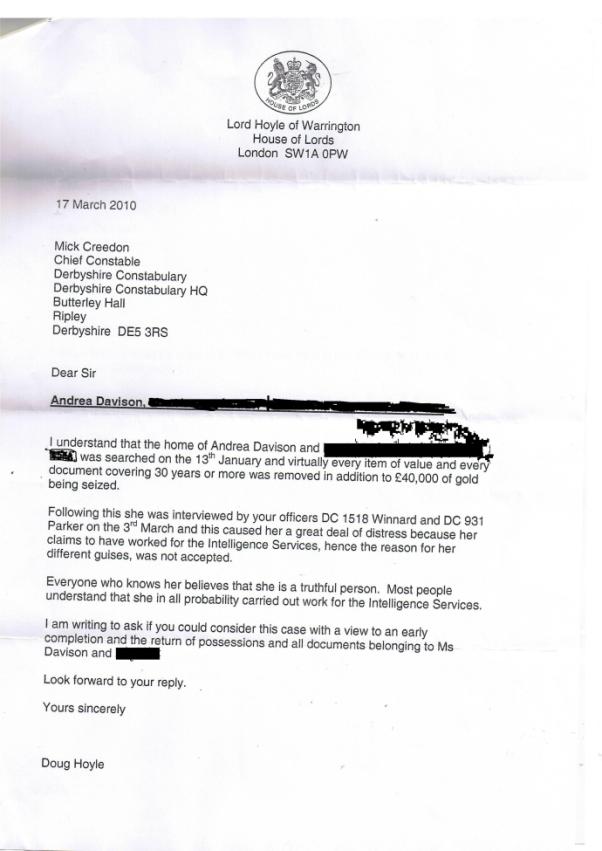 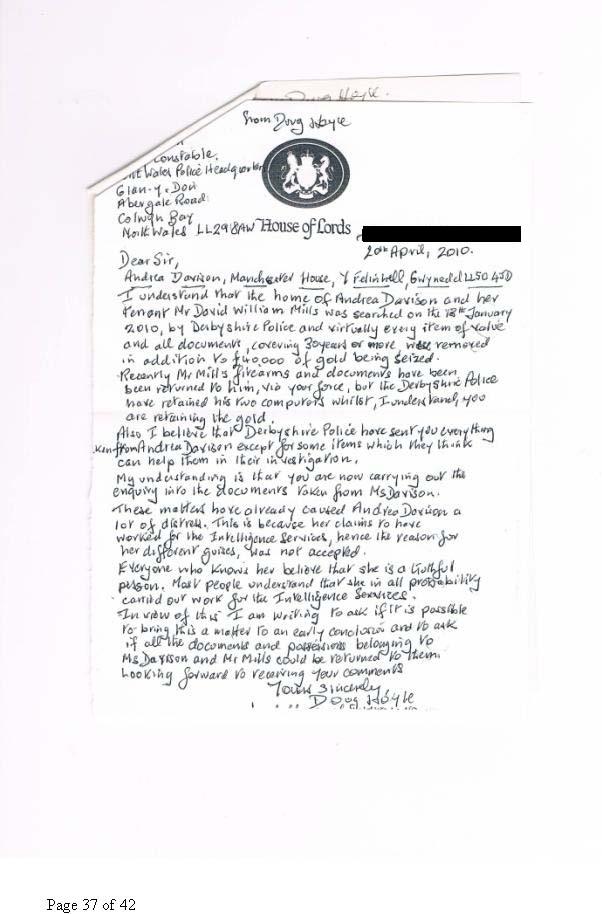 
Under Realisable Property DC Winnard states:
“Davison is in receipt of benefit payments”. This was false and as an accredited Financial Investigator it can be assumed he knew it was false or alternatively was careless whether it was true or false.
This violated my Convention Rights and is particularly damaging to an elderly disabled lady.
DC Winnard knew the Restraint Order prevented me from paying for legal advice or assistance.
Because of the terms of the restraint order I was prevented from buying the necessities for life until the Order was varied. The Order was varied only because my solicitor kindly acted Pro Bono.
Further and other evidence, information and witnesses are available to investigating officers. The above outlines the basis of my complaint but I reserve the right to raise other matters should it become necessary.
I believe that the facts stated in this witness statement are true.
Dated the 16th day of September 2011
Andrea Davison
Word count 15,637
Page 42 of 42
Posted by Unknown at 03:11